To enhance the lives of older adults in Tompkins County.

Growing older well is something that everyone hopes to do. Lifelong’s goal is to be a valuable and supportive resource for those in their second half. We want our activities, events, and support and social groups to promote continued mental, physical, and creative growth and health in a welcoming and positive environment comfortable for all. A Lifelong membership will enrich and invigorate, whether one is still working or retired. Lifelong is a center for information and services for those seeking help with taxes, health insurance, opportunities to volunteer, and other matters connected with living well after 50.

In 1951, the Council of Social Agencies met to discuss the social and economic problems of older adults. It was apparent that there was a need for a community organization to address the special needs of Senior Citizens. In 1952, the Tompkins County Senior Citizens’ Council, Inc., was established under the leadership of Jeanette McCay. Gertrude Grover inaugurated a weekly Senior Citizens’ radio program on WHCU, the forerunner of “Senior Time.” In 1953, the first Senior Citizens’ bus trip went to the Lilac Festival in Rochester.

After meeting in a variety of locations, the Senior Citizens’ Council rented two rooms and a kitchen at the West Side House in 1954. After two years, in 1956, the Military Hall at 201 E. Seneca Street (the basement of the Public Library) was established as the first official Senior Center, opening a Senior Citizens’ Gift Shop and offering the first exercise classes. In 1957, the Council received its first public funding from the City of Ithaca and New York State, totaling $700. Newfield Senior Citizens became the first group outside of Ithaca to become a Unit of the Council, shortly followed by Dryden Senior Citizens.

In 1977, the Senior Citizens’ Council became the local sponsor of the Retired and Senior Volunteer Program – RSVP. After a brief time at the Geneva Street location RSVP acquired offices in the Dewitt Mall. The Enfield Senior Citizens became a Unit of the Council in 1978. In 1979 the Council worked with the County Health Department to establish annual flu shot clinics. RSVP started sponsoring Tax Counseling For The Elderly through a grant from the IRS.

Under a contract from the County Office For the Aging, the Northside/Southside and North East programs were established in 1980. Under the leadership of Anne Winters the Cope and Hope (later known as Senior Friends) was established. In 1984 the Council established the “Seniors Are Giving” annual fundraising campaign. In 1987 the North East Program became self sufficient and became a Unit of the Council.

In 1991, the Health Insurance Counseling Program was established by the Council. Later through State Funding the program became HIICAP – Health Insurance Information Counseling and Assistance Program. In 1995 the Council held its first annual Seniors Walk For Fitness at Stewart Park and offered its first computer course for Seniors at Ithaca College. In 1996, the Council purchased property at 119 West Court Street owned by the OB-GYN group. 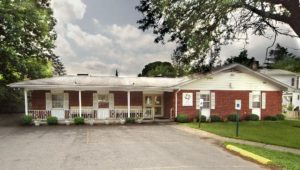 The Senior Circuit established a summer session in 2001. In 2001, the Council celebrated 50 years of service to Senior Citizens in Tompkins County.

In 2003, the staff expands to include an Executive Director, Program Coordinator, Executive Assistant and Receptionist/Administrative Assistant, Custodian.  Eventually, an IT specialist and Bookkeeper were added to the staff roster. In 2004, we adopted the name Lifelong.

For over 60 years, the Tompkins County Senior Citizens’ Council, now known as Lifelong, has helped adults 50 and older stay active in the community, learn new things and live healthier.

Click here to complete the Individual Membership Form and pay online via PayPal.

Click here to complete the Household Membership Form and pay online via PayPal.